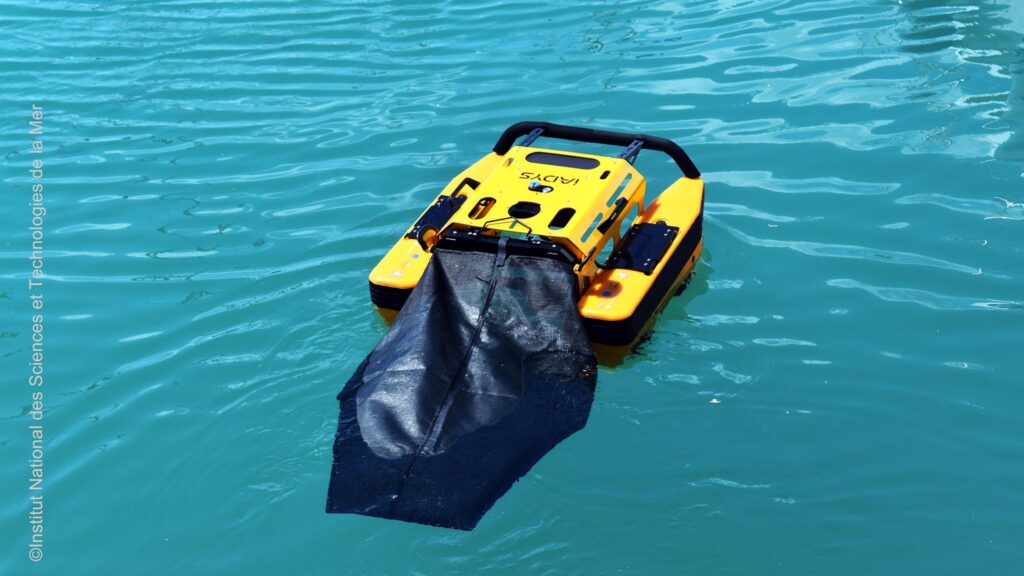 On the occasion of World Oceans Day, the COMMON project team at the National Institute of Marine Sciences and Technologies (INSTM) traveled to the Sidi Bou Said marina to launch the “Jellyfishbot” robot. It is an electric robot that is used to collect floating waste and clean up ports and aquatic varying size areas or zone with a difficult access. “It looks like a small car equipped with a bag and guided from a distance”, explained Sana Ben Ismaïl, researcher at the INSTM and partners of the COMMON project. “The execution of the jellyfish robot is part of the long-term commitment of the COMMON Project team at INSTM in the fight against marine litter”.

The robot was created by the French startup IADYS as part of the technological cooperation. Note that a Tunisian startup has just obtained the green light for its manufacture at the lowest possible price. The execution of the “jellyfish robot” is part of the long-term commitment of the Common – Med Project team at INSTM in the fight against marine litter in Tunisia and the Mediterranean.

Indeed, the use of this robot will lead to a lot of change and will have long and short term benefits, such as cleaning the seas more efficiently and quickly.